Archive for the category “Technology”

I’m hosting a little breakout session tomorrow at the Oklahoma Council of Teachers of English fall conference. Our theme for the conference is technology integration, so my 45-minute presentation is entitled “What’s App, Teach?”. We have around 80 teachers registered, and around six or seven sessions to choose from, so I’m curious to see how many teachers I will have attend my session. I’m up against some of my teaching heroes and colleagues like Claudia Swisher, Brook Meiller, Bonner Slayton,and Kimberly J. Stormer during Session A from 1:00 to 1:45.

I’m going to address the following apps and give time for exploration and discussion of how to use them in our English classrooms:

Here’s my handout [Google upload] for my participants.

When your classroom library has over 500 titles, how are you supposed to keep track of them? For eight long years, I used a handwritten chart. Students wrote their name, book title, book tub number, date checked out, and eventually, the date checked in. It worked well enough, but it wasted paper, and it was hard to determine who had checked out books for an extended period of time.

A few years back, I came across Booksource on Twitter. They were offering a promotion for a free copy of Brian Selznick’s Wonder Struck. I entered the competition, and for about the second time in my life, I won a contest! (I also won $100 during blackout bingo at after-prom my senior year of high school.) I began to follow the Booksource, and soon discovered they had a free program called the Classroom Organizer for teachers to use to check out books to students. In fact, some teachers were letting students check out books to themselves the program was so easy. 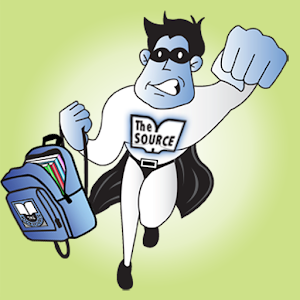 In January 2013, I was hesitant to change from my chart to the Classroom Organizer in the middle of the school year, so I waited. I learned how the program works and began importing my classroom titles into my Booksource account by scanning ISBNs. At the time, I didn’t have a smart phone, so I tried using an iPad the school had given me. The camera quality was not nearly as good as an iPhone, I soon discovered. Books that wouldn’t scan for me would easily scan on my students’ iPhones. I enlisted a small army of students to help me scan titles. All they had to do was download the free Classroom Organizer app, and then I entered my account’s information. Eventually, I bought an iPhone, and one of the first apps I downloaded was the Classroom Organizer. (I get such a kick out of adding a book to my library by scanning it. My brain receptors probably fire off the same way for when I get a text message or a Twitter notification! Ha!) I couldn’t wait to start the 2013-2014 school year using a 21st century system.

Looking back on this past school year, I’m very happy with how the app worked. Many of my students were impressed with the capabilities of the Classroom Organizer app. I was happy with its weekly email feature that told me when students had overdue books. That made it so much easier to keep track of who was hoarding books. On the few days that my iPhone was dead or forgotten at home, I just told students to take books, and we would scan them the next day. This didn’t always happen, so I would sometimes revert to writing titles down on paper along with the students who had them. The app probably crashed once or twice a week, but it was fairly reliable, and it’s FREE, so I can’t complain.  Since I do not have a classroom computer, I check out the books on my iPhone. Part of me who wants to control everything wonders if all high schoolers would remember to check out books if they were given that chance. I have an extra iPad the school gave me, so maybe I could try using that this coming school year.

As I prepared for a new round of students earlier today, I needed to load students into my Classroom Organizer account. This feature is not available on the app, so you have to log in to the website, and as I clicked into my account, a sense of dread came over me. I remembered last year having to painstakingly copy each student’s name from my PowerTeacher account into the spreadsheet Booksource requires. An aside: elementary teachers could maybe type each name into the online spreadsheet, but I have 130 students, so I would much rather use the Excel spreadsheet option. The required columns are Last Name and First Name, but my grade book presents students’ names as Last Name, First Name, e.g., Farrand, Sam.

The comma was causing problems. If only there were a way to have Excel automatically separate the names into the two columns and eliminate the comma! My gut told me this was possible. Why hadn’t I googled this last year? Sure enough, Microsoft explained how to do this. What relief! What would have taken over an hour only took a few seconds. And now my students are loaded and ready to go for this coming Wednesday. I wonder how many books I can check out on the first day of school.